To start with yesterday western markets tumbled and today morning Asia trading in the red. The ghost of greek debt 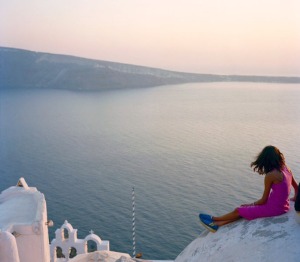 Stocks down, gold down, oil down, copper down, EU periphery debt down. The day is shaping up to be the worst for risk thus far in 2012.

The deal is turning on the screws, my last post on where ISDA Under criticism on GREECE indicates that Investors are under pressure to sign up to the deal, which will see them lose almost three-quarters of the value of their bonds.

Greece wants creditors who hold 90% or more of the debt to agree. If take-up falls below that but exceeds 75%, it is expected to force losses on those who do not willingly sign up, known as collective action clauses (CACs).

Below that level, the deal could be off, potentially plunging the euro zone back into crisis.

“Obviously the report is written on a worst case basis to try to encourage participation in the exchange,” said Gary Jenkins, analyst at Swordfish Research.

“The most likely outcome may well be that Greece passes its 75% target and then uses CACs to ensnare the remainder.”

Venizelos has said he would not hesitate to activate the CAC laws.

A dozen major Greek bondholders, all on the IIF’s steering committee that helped draw up the deal, said on Monday they would support the swap. They hold about one-fifth of the 206 billion euros of bonds in circulation. ( source Reuters)

Yesterday Bloomberg broke the story on Goldman’s Secret Greece Loan reveals sinners stating that Greece took out some 2.8 billion in 2001 and later By then, the price of the transaction, a derivative that disguised the loan and that Goldman Sachs persuaded Greece not to test with competitors, had almost doubled to 5.1 billion euros.

Satyajit Das quoted on this Like the municipalities, Greece is just another example of a poorly governed client that got taken apart.

It’s high time that Greece should learn from its mistakes and now after what they have seen, and because of their imprudent and impulsive acts, how the other major European economies have suffered they must now learn to honor their commitments and in future should refrain from their previous irresponsible approach. Moreover, they also must realize that they do not stand another chance…..

4 thoughts on “Greece Again “Default already and get it over with. God this is tiring.””