The European debt crisis is over! Italy and Spain have it all figured out! The problem isn’t unsustainable debt loads, 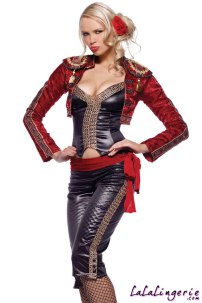 ineffective economic policies and a lack of competitiveness on the global stage. It’s that evil short sellers are pushing down the shares of European banks just so they can make a profit.

Since the 2008 financial crisis, securities regulators around the world have waged ineffective wars on short selling.

The short selling bans in Italy and Spain are the latest attempt by sovereign nations to blame traders for their problems. It makes no sense. Short selling, when done legally, is a healthy way for the market to regulate itself. There is nothing inherently wrong with betting that a stock will go down when the fundamentals for a company paint an unhealthy,Short sellers, who borrow stocks and sell them with the hopes of returning the shares later at a lower price, were instrumental in highlighting problems at scandal ridden companies like Enron and Tyco in the early part of the “Naughty Aughties.”

A ban on short selling didn’t reverse a drop in stocks when the SEC imposed one covering 19 financial companies in July 2008, including, ahem, Lehman Brothers. Spain and Italy believe they can achieve more success — the countries have reinstated a ban on short selling the shares of their financial institutions.

Spain’s claim that the sell-off in bank stocks is overdone is made difficult by its continued negotiation of a $1.2 billion bailout of its financial banking system. That bailout looks increasingly necessary: The Bank of Spain reported that the economy contracted by 0.4% in the second quarter. And the fiscal health of the provinces continue to weaken. On Friday, the overly indebted region of Valenica sought financial aid from the central government in Madrid, and the tiny region of Murcia looks like it will do so as well. Those payments are getting increasingly expensive for the central government to fund. Yields on Spain’s 10-year bonds hit 7.52% today, a euro-era high.

“Short selling bans do not help the market. In fact, it’s dangerous. This is what happens when politicians are making rules without considering what goes on with experienced traders.The performance of stocks following short selling bans over the past few years bears (pardon the pun) this out. Just look at what happened to bank stocks in the final few months of 2008. After the bankruptcy of Lehman Brothers and near collapse of AIG (AIG), the Securities and Exchange Commission temporarily halted short selling in several key financial stocks in mid-September 2008.
Here’s what then-SEC chairman Christopher Cox had to say about the ban at the time:
“The Commission is committed to using every weapon in its arsenal to combat market manipulation that threatens investors and capital markets. The emergency order temporarily banning short selling of financial stocks will restore equilibrium to markets.”
That didn’t exactly happen. Bank stocks continued to nose-dive in the final few months of 2008. And they fared even worse than the broader market. So any argument about banning short selling to “restore equilibrium” rings hollow.

Trying to but a basic economics.Think about a company with huge debt and no earnings, who is going to buy the stocks of that company and how long the shareholders hold that stock. During Missisipi bubble and Tulip Mania there were no short selling even selling was banned, still markets CRASHED. But the decision is political not Economics.