On6 December 2011Bank of Englandposted on its website information about the new financial instrument, which main goal is to 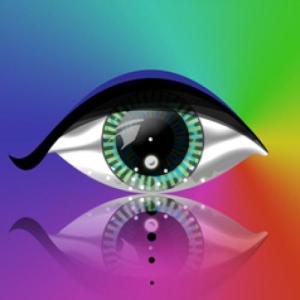 preserve liquidity during the shortage  as to save the financial stability of the country.

“In light of the continuing exceptional stresses in financial markets, the Bank of England is today announcing the introduction of a new contingency liquidity facility, the Extended Collateral Term Repo (ECTR) Facility. This Facility is designed to mitigate risks to financial stability arising from a market-wide shortage of short-term sterling liquidity. There is currently no shortage of short-term sterling liquidity in the market. But should that position change, the new Facility gives the Bank additional flexibility to offer sterling liquidity in an auction format against the widest range of collateral. The introduction of the ECTR Facility underlines the Bank’s commitment to take appropriate measures to maintain UK monetary and financial stability.

The ECTR Facility will form part of the Sterling Monetary Framework and is reflected in an update to the Bank’s “Red Book”. In conjunction with the Indexed Long-Term Repo (ILTR) operations, and the permanent availability of the Discount Window Facility (DWF) for bilateral transactions, the ECTR Facility will give the Bank the ability to ensure that the banking sector has a sufficient access to sterling liquidity to mitigate risks arising from unexpected shocks.

Operations under the Facility will be announced at the discretion of the Bank to respond to actual or prospective market-wide stress. The operations would offer sterling for 30 days against collateral pre-positioned for use in the Bank’s Discount Window Facility (DWF). All firms registered for access to the Bank’s DWF would be eligible for ECTR operations. The size of any ECTR operation would be announced the day prior to the operation. Further operational details are available in the accompanying Market Notice.” (www.bankofengland.co.uk)

A week before is taken other but similar decision by six of the largest central banks namely Bank of Canada, Federal Reserve, The Swiss Central Bank, Bank of Japan, Bank of England and European Central Bank.  They announced coordinated actions to enhance their capacity to provide liquidity support to the global financial system. The purpose of these actions is to ease strains in financial markets and thereby mitigate the effects of such strains on the supply of credit to households and businesses and so help foster economic activity.  These central banks have agreed to lower the pricing on the existing temporary U.S. dollar liquidity swap arrangements by 50 basis points so that the new rate will be:

This pricing will be applied to all operations conducted from December 5, 2011 to February 1, 2013.

As of December 2011 the LIBOR-OIS spread, which is important indicator for how likely borrowing banks will default, stands 40+ bps level or approximately 30 bps more than average 1Y value in 2007.

In addition, the Bank of England, the Bank of Japan, the European Central Bank, and the Swiss National Bank will continue to offer three-month tenders until further notice.

As a contingency measure, these central banks have also agreed to establish temporary bilateral liquidity swap arrangements so that liquidity can be provided in each jurisdiction in any of their currencies should market conditions so warrant. At present, there is no need to offer liquidity in non-domestic currencies other than the U.S. dollar, but the central banks judge it prudent to make the necessary arrangements so that liquidity support operations could be put into place quickly should the need arise. These swap lines are authorized through February 1, 2013 too.