I always like to be bullish on things but you cannot avoid he ground realities and say bullish. The Europe’s politicians 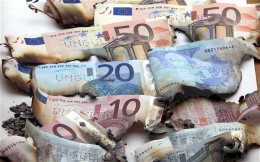 join a chorus of policy-makers across the globe pushing for devaluations to fight for market share we can expect currency conflicts.

The telegraph reported –  “Jean-Claude Juncker, EuroGroup chief, has signaled that Europe is no longer willing to be the last economic player holding the toxic parcel of an over-valued exchange rate, describing the euro as “dangerously high” after its three-month surge against the dollar, yuan and yen.
The comments follow warnings by two French ministers this month that the strong euro is holding back efforts to pull the France out of deep industrial slump.
Alexei Ulyukayev, deputy head of Russia’s central bank, said the tilt in EMU policy marks a new escalation as every major bloc of the global economy tries to drive down its exchange rate at the same time. “We are now on the threshold of very serious currency wars,” he said.
Korea has asked the G20 take a stand against beggar-thy-neighbour policies in Moscow next month, accusing Japan and the West of covert debasement through loose money “

The ECB has so far refused to take action to curb euro strength, standing aloof as Japan, the US, Britain, Switzerland, Norway, New Zealand and Korea itself, among others, try to steer their currencies lower

There is effectively no limit to Euros from each nation but as the world is awash with cheap money the problem is that nearly all the financial institutions are bankrupt and ever increasing amounts of cheap money are just papering over the cracks.Last year in Spain over 50% of the deposits in the banking system left the country.In Italy there is a financial Police branch taking the number plates of vehicles leaving the country at the Swiss Border as people try to get cash out of the country in Swiss Francs and Gold and Silver,etc, this got so bad that the Swiss pegged the Franc to the Euro as the currency was just getting a higher and higher exchange rate damaging the economy.
The Euro is in effect a German cheap currency,if the Deutsche Mark had been kept it would been a very hard currency and German Exports would have collapsed so a nice cheap Euro is in their interest but this has destroyed huge areas of Europe,to Germany this is just collateral damage,to those concerned the human cost will be horrific leading probably to break up and Civil War.
Remember that exchange rates are deliberately devalued so that they pretty much move up and down by say 10-15% over time but all currencies buy less and less in hard assets,hence an increase in currency issue buying the same amount of assets creates inflation.
Ignore the official prices for Gold and Silver this is the paper certificate price,physical metal is getting harder to find and the price is dislocating from paper.
Germany is probably getting ready to leave the EU,when you ask France for Gold back there is no trust.
If Euros had different values Germanys Economy would collapse.