The Stock Twits did a great job on the never ending Quantitative Easing . As T.S. Eliot said The end is where we start from. 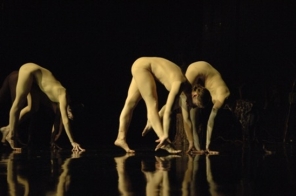 Below are nine points  believe are the key going forward:

Again, this is how the anticipation will look, and the anticipatory environment can go on for months and months – years! This is all unprecedented so why pretend to know?

5. There are two nightmare scenarios being floated now – and I don’t believe that either of these potential outcomes will occur but you will hear much about them in the coming days:

Nightmare Scenario 1 is a sharp and sudden bond-backup à la 1994, which then spooks Corporate America (as borrowing rates spike) followed by a negative reaction in the stock market. I doubt the Fed would have gone to all this trouble just to orchestrate a pile-up during the exit. Not happening.

Nightmare Scenario 2 involves an obliviously ceaseless rate hiking campaign, akin to what Greenspan did beginning after the 2003 economic recovery – seventeen consecutive 25 basis point hikes without giving the earlier hikes enough time to work their influence on the system (six months needed at a minimum). The current Fed regime has been non-traditional in so many ways, we should probably not expect anything quite so linear and relentless.

6. Markets have a predictable way of getting used to “regime change” – there is violence at first, fits and starts as new information forces re-ratings and reconsiderations among partipants. And when the discounting process is through, there is calm again. Some patrons have merely switched tables in the restaurant while others have asked for the check and made for the door. New diners have come in to sit down and the kitchen gets back to cooking again. In this way, lunch service turns to dinner, the ambience undisturbed.

7. The conditions under which the Fed does anything other than talk will presumably be better than the conditions of the recent past. This means a low 7%ish headline unemployment rate, a stabilization in the labor force participation rate (which may have already begun in April) and accelerating GDP growth. And not for one month or quarter, but for an enduring amount of time. The Fed has 250 PhDs running around analyzing this stuff, they have all the same timing concerns that we do.

Here is where Bernanke’s “Student of the Depression” merit badges come in handy – in the Spring of 1937, production, profits, and wages had returned to pre-1929 crash levels. FDR was then pushed by his councillors into tightening monetary policy – a decrease in deficit spending, a hike in reserve requirements for banks – which promptly led to the recession of 1937-38 or what economic historians refer to as “Roosevelt’s Recession”. As we have seen so far, Bernanke is not going to be pushed into repeating that mistake, even when gun-fetishizing, ignorant presidential candidates make physical threats against him – actual Rick Perry quote from last summer’s campaign trail: “If this guy prints more money between now and the election, I dunno what y’all would do to him in Iowa but we would treat him pretty ugly down in Texas.” Nice, moron, have a can of beer.

8. Regardless of how markets choose to act in the short-term each time a speechifying Fed Governor or John Hilsenrath drops another ice cube in, you should know that the actual QE Exit is a four-step process and will play out over years, not weeks or months. Bank of America‘s strategists laid these four steps out for us in a research report a few weeks back so I thought I’d repeat them in case you missed it:

1. Slow down of asset purchases

2. Slow down and then stop reinvestments

4. Begin sell down of asset portfolios

Regarding step 4 – some commentators, like Jeff Gundlach, believe it is more likely that the Fed buys every single bond in existence before they sell a single one. So that the exit looks more like the slow maturation of existing holdings than it does and actual process of selling bonds to the market. If Jeff is right, this would prolong the exit even more.

9. My final point: You may think of this as the end of QE but many of us, those with multi-decade time horizons and big dreams for the future, will instead be thinking of this as the beginning of something else. Just as T.S. Eliot would along with all the other bright-eyed opportunists throughout history. “The end is where we start from.”

The bottom line is that the current zero interest rate policy (ZIRP) and the various quantitative easings will be dismantled and undone as slowly and deliberately as they were put on. We’ll not be thrown down face-first atop a wooden table, ravished and thrusted upon by coarse soldiers as a sentry guards the door. No, after all this time I believe that our corset shall be untied gingerly and with care, our hips caressed and our neck dappled with an archipelago of gentle kisses. Bernanke is nothing if not a patient lover, subtle almost to a fault.

To be positioning our portfolios for anything else, regardless of misinterpreted signals, would be to act against all of the evidence we have.