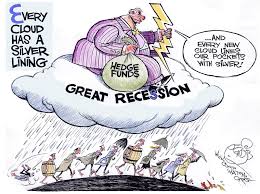 Investments” . Hedge funds are currently banned from advertising. New legislation contemplates lifting this ban, thus raising the question of whether the ban is good policy. The Paper address this question by analyzing a form of indirect hedge fund advertising that already exists: advertising by institutions running both hedge funds and mutual funds, where the ads promote either the overall institution or specific mutual fund products. The Paper find that institutions increase such advertising after hedge fund flows sag, and that such advertising predicts subsequent increased inflows for hedge funds. Thus, hedge funds’ flows appear to influence the decision to advertise, and the advertisements are effective in enticing new inflows to the hedge funds. Lifting the ban would level the playing field by allowing all hedge funds to advertise, rather than just those with mutual fund affiliates. However, in addition to increased net inflows, the ads are also followed by sub-par hedge fund returns after the advertising period, which is some evidence in support of the ban.

The Paper analyze advertisements by the institutions managing both hedge funds and mutual funds, the so-called “side-by-side” funds (Cici, Gibson and Moussawi, 2010, Nohel, Zheng and Wang, 2010). 2 Because they can advertise themselves or their mutual funds, they can to some extent attract indirect attention to their hedge funds through advertising.

The first main result is that, controlling for hedge fund performance, low hedge fund flows predict ad buys – both the decision to advertise at all, and the decision to advertise more. The relation is incremental to the effect of the mutual funds’ flows, performance and other circumstances, which enter as expected from other studies. This relationship is also particularly strong when the ads promote the parent institutions in general, rather than the sibling mutual
funds in particular. This result indicates that hedge funds play a role in parent institutions’ advertising decisions, in particular that the ads aim to attract new attention to the funds when the enthusiasm of current investors trails off.

The second main result is that the ads work, in that they attract investment to the hedge funds. Net inflows after ads are higher than the inflows to a matched sample of non-advertising companies. We also find that the advertisements are associated with reduced subsequent styleadjusted performance. Whereas the consistently significant relation of ads to lagging flows is among ads for the parent institution, the consistently significant relation to subsequent flows is
among ads for sibling mutual funds. This result is consistent with qualified investors inquiring about a firm’s mutual funds and being steered to hedge funds, rather than advertising itself driving a qualified investor’s interest in hedge funds.

The full paper is available on SSRN