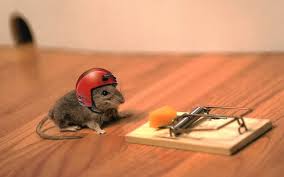 “Regulators want capital and margin rules to encourage central clearing, but analysis suggests costs may currently be higher in the cleared world”

So what does he mean let’s try to look at the existing capital and margin rules may not encourage market participants to centrally clear their over-the-counter derivatives trades. The capital regime for both cleared and uncleared trades is still unsettled, as is the margin regime for transactions that remain bilateral, but regulators are keen to ensure the framework pushes trades towards central counterparties (CCPs). As things stand,costs may be higher in the cleared world, particularly for market participants that have a directional book of trades.

It looks like, for those that are directional players at least, the incentives are not there

Under current rules for cleared trades, futures commission merchants (FCMs) are required to take a capital charge against trade exposures to their clients, their house exposure to the central counterparty (CCP) and their contribution to the CCP’s default fund. Interim measures were published last July, and regulators expect a revised version to be published within weeks.

Margin requirements are calculated by individual CCPs, but international principles state they should be sufficient to cover a close-out period of at least five days at a 99% confidence level. As a rough guide, this would be around 2% of trade notional.

For uncleared trades, margin levels depend on international standards being drawn up by the Working Group on Margining Requirements (WGMR), which regulators expect to be finalised next month. At the moment, swap counterparties are expected to hold enough margin to cover a 10-day close-out period at a 99% confidence level.

Goldman representative used a $1 million notional, five-year interest rate swap as an example – suggests these rules either create a weak incentive to clear or potentially a strong incentive to keep trades outside a CCP.

For the cleared trade, he applied a 2%-of-notional margin requirement, or $20,000. For the bilateral swap, this would be around $28,000 – assuming the 10-day close-out period generates 40% more margin than the five-day standard.

Representative from Goldman estimated this could be funded at a rate of 1%, generating an annual cost of $200 and $280 for the cleared and uncleared transactions, respectively.

Other cost components to the cleared transaction – a default fund contribution of $1,600, bumping the cost up to $216 annually, then a cost for the pre-funding of margin, and added charges for the default fund capital.

The burdens imposed by the rules for cleared and uncleared trades will be assessed by regulators in a quantitative impact study over the second half of this year, one supervisor attending the event said. The plan is to use this analysis to recalibrate the capital and margin regimes, if necessary.

4 thoughts on “Central Counterparties Banks argues Clearing incentives – are not there :”