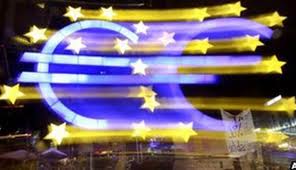 Between 2006 and 2009, Deutsche Börse and the Chicago Mercantile Exchange tried to enter the credit derivatives business, turning to the Isda and Markit to obtain necessary licenses for data and index benchmarks.

However, according to the EC’s preliminary findings, the banks controlling these bodies instructed them to license only for OTC trading purposes and not for exchange trading. Several banks also sought to shut out exchanges in other ways, for example by coordinating the choice of their preferred clearing house.

The Commission says that it takes the preliminary view that the banks “acted collectively to shut out exchanges from the market because they feared that exchange trading would have reduced their revenues from acting as intermediaries in the OTC market”.

The parties have been sent a statement of objections and now have the opportunity to defend themselves. If the EC then concludes that there is sufficient evidence of an infringement, it can issue a decision prohibiting the conduct and impose a fine of up to 10% of a company’s annual worldwide turnover.

Lets wait and watch the comment from Markit,ISDA and the banks.

One thought on “ISDA and MARKIT charged by EC”