All this talk about the crisis and predictions got me thinking….We all know how difficult it is to forecast the future.  But every once in a while we see predictions that are so far off the mark that you have to wonder if the forecaster is working with a full deck.  Which is actually a great thing because it’s beneficial for the rest of us since we can study these kinds of predictions and understand why they were wrong and what can be learned from them.  I often say “it’s only in being wrong that we can learn to be right”. 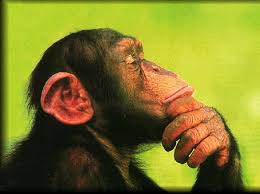 That said, what were the very worst predictions of the last 5 years and what can be learned from these bad calls?  I provide my views below:

Meredith Whitney became famous for calling the collapse of many of the banks back in 2008.  But that wasn’t the only crisis she predicted during the last 5 years.  In 2010 Whitney also said state and local governments looked very similar to the banks in the pre-crisis period and predicted that states were the next systemic risk.  END_OF_DOCUMENT_TOKEN_TO_BE_REPLACED