Europe finally has agreed on the terms of MiFID II, extending its regulatory reach into fixed income, FX, OTC trading and 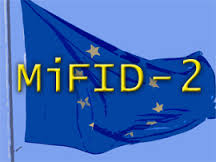 commodity speculation. Here are seven details you need to know as implementation begins.

We still have technical meetings to go through to finalize details, so the complete text is unlikely to be available until won or close to January 27, but here is what we understand so far:

1.  HFT will be restricted through greater testing of algorithms, but there will be no 500 m/s rule.

2.  Dark Pools will be subject to a volume cap.

3.  All trading to be conducted on RMs, MTFs, SIs or OTFs –OTF is non-equities only, and not using own capital.

“The conditions in paragraph 1 regarding non-discriminatory treatment in terms of how contracts traded on that trading venue are treated in terms of collateral requirements and netting of economically equivalent contracts and cross-margining with correlated contracts cleared by the same CCP shall be those that are specified by the technical standards adopted pursuant to Article 28(1) of MiFIR.”

b) The new benchmark is not a substitute for any such existing benchmark.

As always the above is subject to reviewing the full and final texts on publication.