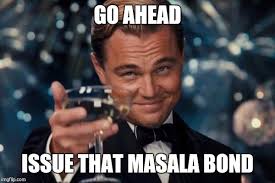 work I did in the past and its worth sharing,

The abstract was based on the evidence that yield spread can serve as a leading indicator of economic activity.It’s important to understand few basic concepts before moving forward:

TERM STRUCTURE: Term structure of interest rates is the relationship between maturity and yield of the bond.  The term structure is also known as yield curve, if we plot it in (X, Y) plan.

RELATIONSHIP BETWEEN PRICE AND YIELD

The relationship between price and yield is not a straight line but it’s a convex. Percentage price change is different if required yield is changed.

Several papers have been published like Campbell Harvey and IMF working paper.  Harvey says that Term structure have ability to predict economic growth in the future. Harvey in 1991 found that in case of Germany, slope of yield curve has significant ability to predict future GNP growth. Fama in 1986 and later Stambaugh in 1988 mentioned that term structure appears to predict real economic activity although these were not supported by any detailed statistical analysis.

These several studies show that yield spread has ability to predict growth in the near future. In other words slope of yield curve reflects economic growth.

It would be interesting to do the study on Indian markets 🙂