Mutual Funds are the best tools for long-term wealth creation. But, the challenge is to identify good and top

performing mutual funds that can help you in achieving your Financial Goals. There are hundreds of mutual fund schemes which are available in the market. Besides this, there are plethora of NFOs (New Fund Offers, new schemes) which keep hitting the market. Identifying good mutual fund for long-term investment is not an easy task.

Remember Wealth creation’ is a boring activity like Test cricket where a quick fifty or hundred may not always win you a game. You need the solidity and consistency of a Rahul Dravid or a Laxman more often than the flamboyance of a Kohali/Sehwag to be able to emerge victorious over the five days.

Here are some rules to be followed for the SIP  END_OF_DOCUMENT_TOKEN_TO_BE_REPLACED

purpose of this disclaimer is to meet the statutory requirements. Only very few people would have heard it when it is mentioned in the radio or television as it flashes by at lightning speed. In print media (Newspaper, Magazines) it is published in extremely small font. Only investors who know the statutory requirements would even be aware of the statement because the advertisements, with ‘namesake’ disclaimers, are hardly educative.

So, what is the mystery behind the ‘flash’ statement? The statement means that mutual fund scheme invests the money collected from investors in instruments which are subject to market risk. Every investor of a MF should read the offer document carefully before they invest their money with the fund house. END_OF_DOCUMENT_TOKEN_TO_BE_REPLACED

I have been reading lot of articles on moneylife.in one of the effective blog on the financial awareness for retail investors.  Indian 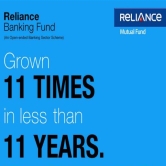 mutual fund houses seem to have finally cracked the code for attracting investors from outside the big cities. More than half the folios, or accounts, opened in 2013-14 under a Systematic Investment Plan have come from tier-II or smaller cities — known in sector parlance as B-15, meaning, beyond the top 15 cities. Will not explore on the data much, lets take the example of a Reliance mutual fund claiming that it  has grown 11 times in less than 11 years.

This compared to the benchmark—CNX bank Nifty, that has grown about eight times over the same period. The return on paper looks great and is enough to lure an average investor. But is the Reliance Mutual Fund add an example of financial illiteracy? END_OF_DOCUMENT_TOKEN_TO_BE_REPLACED